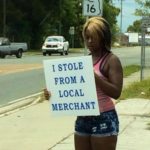 Two recent cases have ruled on the question of what is a reasonable probation condition for a judge to impose on a defendant who has been convicted of a crime and placed on probation.  In People v. Moran  the California Supreme Court ruled that a probation condition prohibiting the defendant (who had been convicted of shoplifting from a Home Depot store) from entering the premises or adjacent parking lot of any Home Depot store in California was reasonable under state law and not a violation of the defendant’s constitutional right to travel.  Yet in People v. Nassetta  the First District Court of Appeal ruled that a probation condition imposing a 10:00 pm to 6:00 am curfew on an adult convicted of felony possession of cocaine and a repeat DUI was invalid and ordered it stricken.

Probation can be granted by a court in nearly any case (with some statutory exceptions for Three Strikes cases and certain sex offense and firearms cases) and the sentencing Judge has broad discretion to impose probation conditions “for the reformation and rehabilitation of the probationer.” The Court’s discretion is not unlimited, however.  The California Supreme Court has held that a probation condition is invalid if it i) relates to conduct which is not itself criminal; and 2) has no relationship to the crime of which the offender was convicted; and 3) requires or forbids conduct which is not reasonably related to future criminality.

What is an example of an Unreasonable Probation Condition?

So in the Nassetta case, the appellate court found that the curfew condition was unreasonable because it did not bear any relationship to the offenses Nassetta was convicted of because “neither possession of cocaine for sale nor driving under the influence requires the offense be committed at night.” It was undisputed that the forbidden conduct itself – being outside between 10:00 pm and 6:00 am – was not itself criminal.  Finally, the curfew condition was not reasonably related to preventing future criminality. The sentencing judge’s “anecdotal” assertion that DUIs occur mostly at night was not a substitute for “qualitative data or probabilities.”  Despite the fact that his arrest occurred at 2:15 am, nothing in the record suggested that Mr.  Nassetta was more likely to use drugs at night or more likely to drive while under the influence at night.

How Can I Avoid Having an Unreasonable Probation Condition Imposed?

Every day criminal defendants choose to take plea deals which allow them to avoid lengthy prison or jail sentences, without fully considering conditions which will be imposed during the period of probation. Felony probation is usually imposed for five years – often longer than the maximum period of incarceration.  Most of the time it’s worth it to the defendant who will put up with almost any proposed probation condition so long as it results in an earlier release from jail.  But as noted by the Supreme Court in the Moran case, a defendant can always refuse probation if he finds the conditions more onerous that the sentence he would otherwise face.  And – if there is any doubt about the reasonableness of a proposed condition but the defendant still wants to take the deal, his attorney should object at sentencing to the condition, as Mr. Nassetta’s lawyer did,  to preserve his right to appeal.