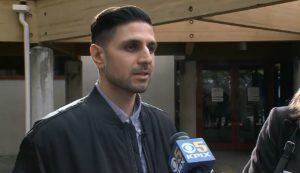 On January 1, 2019 Senate Bill 1437 – the new “felony murder law” in California – went into effect. It implements yet another dramatic change to the criminal justice law system in California, by limiting the circumstances that a person can be convicted of first degree murder under the “felony murder doctrine.”

What is the felony murder doctrine? It is an archaic principle, that can be traced back to English Common law, which says that a defendant may be convicted of first degree murder if a victim died during the commission of a serious felony, even if the defendant did not intend to kill a person or the defendant did not know a homicide took place or the killing was an accidental (the felony murder rule was actually abolished in Great Britain in 1957).

The felony-murder doctrine is one of the most widely criticized features of American criminal law.  Some have concluded that felony murder doctrine imposes unconstitutionally cruel and unusual punishment by ascribing guilt without fault, or that it violates due process by presuming malice without proof. Forty four states still have felony murder rules, 24 of which allow for the death penalty in such cases. Hawaii, Kentucky, Massachusetts and Michigan and now California have abolished the rule by either legislation or through the courts.

How did SB 1437 change existing felony murder law in California? SB 1437 now limits murder charges to a person who actually kills or intends to kill or is a major participant in the underlying crime (there is an exception to the new law if the victim was a law enforcement officer).

SB 1437 is retroactive:  it applies to anyone who was previously convicted or charged under the old felony murder law. Since it went into effect in January of 2019, more than a dozen inmates serving life terms have been released. One of these was Adnan Khan, who was the very first person who was released from prison after having been convicted under the old felony murder law. Mr. Khan was 18 years old when he was involved in the robbery of a marijuana dealer, as the “getaway driver.” Until he was arrested he had no idea that one of his accomplices was armed with a knife or that the accomplice had murdered the victim at the scene.  At trial, Mr. Khan was convicted of murder, under the felony murder doctrine, and sentenced to 25 years to life. He spent 16 years, or more than half of his life in prison until he was released in 2019.  His story is a compelling example of the injustice of the felony murder doctrine.

The changes made under SB 1437 – the “new felony murder law” in California – have angered prosecutors who have filed appeals arguing that it is unconstitutional.  At least one Superior Court judge has agreed with the prosecutors and allowed murder charges to proceed against a defendant charged under the felony murder doctrine on the grounds that SB 1437 is unconstitutional.  Eventually the prosecutors’ challenge to the law will be decided by the California Supreme Court.  In the meantime, some estimate that close to 800 inmates currently incarcerated for murder may be eligible for release under the new law.