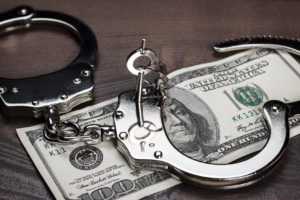 In January of 2018, the law on bail in California changed dramatically, after the San Francisco Public Defender’s Office appealed setting bail in the case of In re Humphrey and won. In that case, the Court of Appeals ruled that, except for very narrow exceptions, everyone has an absolute right to bail that they can afford.  This is causing shock waves in courtrooms across the state.

Before Humphrey, California judges set bail according to county bail “schedules” which set a designated amount of bail for each crime. For “serious or violent” felonies, a Judge could not deviate from the schedule, unless he or she specifically found “unusual circumstances.” For other crimes, judges were required to take into consideration certain factors when setting, reducing or denying bail:  1) protection of public; 2) seriousness of the offense charged; 3) defendant’s previous criminal record; and 4) the probability of defendant appearing at trial or a hearing in the case. Public safety was the primary factor to be considered.  (Penal Code Section 1275(a)(1))

How did this work out in practice?  In felony cases, and for many misdemeanors, most courts imposed bail at schedule, even for cases involving property crimes or drug offenses.  If the defendant could not afford the bail, he or she was forced to remain in jail until trial or, in the alternative, take a plea deal that would  allow for release.  Sadly, I have had many clients with defensible cases, who were unable to bail out of jail, agree to take a plea deal resulting in their first felony conviction, simply because the deal allowed for release at sentencing with “credit for time served.”

The court in Humphrey recognized that this method of determining bail conflicts with both federal law and Article I, Section 12 of the California Constitution, which generally prohibit pretrial detention (keeping someone in jail before they have been found guilty of a crime). It pointed out that, when bail is set at an amount that a defendant cannot pay,  it is effectively “no bail” – an illegal pretrial detention.  It impermissibly punishes a defendant for his poverty and treats him differently than someone who is charged with the same exact crime but has more money.

The Humphrey court said that the purpose of bail is not to predict future criminality; rather, it is to insure the defendant’s return to court.  When considering bail, a Judge must inquire into a defendant’s ability to pay bail.  If they cannot afford to post bail and the Judge is concerned about their returning to court then the Judge must consider reasonable alternatives to bail, for example electronic monitoring. The California constitution’s narrow exceptions to mandatory bail still exist (these include that no bail need be set in certain capital cases or for offenses where there is clear and convincing evidence there is a substantial likelihood that release would result in great bodily harm to others) but in most cases, “liberty is the norm and detention prior to trial or without a trial” is the exception.

Humphrey was decided in January of 2018 and as I write this post several months later, Superior Court judges across the state are  beginning to apply it to bail hearings.  In the county where I primarily practice,  this is happening on a regular basis.  We have yet to see what the end result of the Humphrey case will be on bail hearings in California (the California District Attorneys Association is seeking to de-publish it), but it has already wrought significant change and provided a more level playing field for defendants facing criminal prosecution in this state.