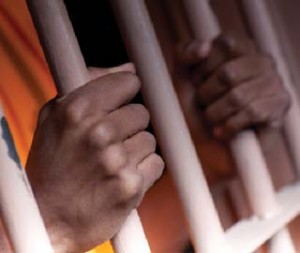 “How can I get released while we are fighting my case?”  This is a question frequently asked by clients who have been taken into custody after arrest.  And often a defendant’s custody status – whether they are in or out of jail – is the biggest factor in the resolution of a case.  Sadly, all too many defendants take “deals” from prosecutors for charges that could have been fought – simply because the deal allows them to be released from jail. Clients who cannot post bail are more likely to take a deal than those who have their liberty and can “hold the state to its burden” of proof beyond a reasonable doubt.  It’s much easier to fight a case from the outside. Yet bailing out of jail often requires a significant amount of money that many defendants don’t have.

There are three ways that a defendant can stay out of jail after an arrest.  First, he may be released with a citation by the arresting officer, without ever going to jail, typically for very minor misdemeanors.  Second, at his first court appearance the Court may agree to release him on his own recognizance (O.R.).  Finally, he may be released with bail posted, either from jail following his arrest, or after his first court appearance. 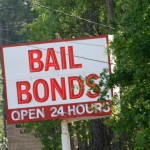 Bail can be paid by cash or bail bond.  In order to be released on cash bail, you must deposit the full amount with the clerk of the court or with the arresting agency.  If you attend all of your court appearances, you will receive a full refund 60-90 days following the resolution of your case. Since most people don’t have the means to post cash bail, bail bonds are more frequently used.  Bail bondsmen post your bail in exchange for a non-refundable premium (which California law sets at a maximum 10%).  If, for example, your total bail is $50,000, you will pay the bondsman $5,000. However, some bail companies offer discounts to certain clients, for example, clients who are represented by privately retained attorneys. Contracts with bail bondsmen typically last for one year.  If your case extends beyond that period, the agent will likely require you to pay a renewal premium.

Bail can also be paid through a property bond (which means that you allow the court to place a lien on your property and if you fail to appear in court as instructed, the court is authorized to institute foreclosure proceedings against you). Although this type of bond is available, it is rarely utilized.

Bail is a matter of right, unless the charged offense is punishable by death or a pubic safety exception is established (for example, when the defendant has been  charged with a violent crime and there is substantial likelihood that his release would result in great bodily harm to others) (Cal Const Art I, Section 12). 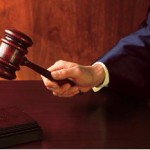 A defendant charged with only misdemeanor offenses is entitled to release on O.R. unless a Court determines that O.R. release will compromise public safety or will not reasonably ensure the defendant’s appearance in court  (Penal Code Section 1270(a).   It is common for persons arrested on misdemeanors to be O.R.’d at arraignment on the basis of arguments made by their defense attorney.

For defendants not released on O.R., bail is initially set at the time of arrest, by a county schedule.  The jails have a copy of the county bail schedule and it is also available online. Once in court, either the prosecution or the defense may argue for a departure from the bail schedule. The prosecution may request additional amounts for aggravating or enhancing factors, and the defense may argue for a downward departure from the bail schedule on the basis of mitigating factors.  The court must consider certain factors in deciding whether to set, reduce or deny bail.  The primary consideration is public safety.  The court will also look at the criminal record of the defendant, the probability of his appearing at future court appearances, and the seriousness of the offense charged (Penal Code Section 1275). In determining the probability of the defendant appearing at future court appearances, courts routinely consider other aspects, such as whether or not the defendant has ties to the community, is  employed locally,  owns property in the community, what is the value of the bond to the defendant, and does the defendant have a prior record of failing to appear. 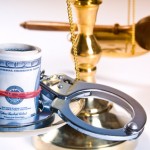 Because of our system of pretrial bail, many people remain  in jail while awaiting trial solely because of their inability to pay even small bail amounts.  If two people with identical offense histories are arrested for the same crime and offered the same bail amount, a difference as arbitrary as the size of their wallets may keep one person in jail while the other walks free. Many in the criminal justice system have suggested reforms to our pretrial detention policies – home detention, diversion, drug treatment – that would improve public safety, reduce recidivism, protect civil rights, and cost taxpayers less. Yet the for profit bail bonds industry has a powerful lobby which makes legislative change difficult.  For Better or For Profit: How the Bail Bonding Industry Stands in the Way of Fair and Effective Pre-Trial Justice.  Justice Policy Institute, 9/18/2012