The Sixth Amendment to the United States Constitution and Article I, Section 15 of the California Constitution also guarantee a criminal defendant the right to a speedy trial.  A long delay between the time a crime is committed and the time a person is charged with that crime may be a violation of the defendant’s constitutional rights, justifying dismissal of the charges.  Thus, if you are arrested for a misdemeanor DUI, taken to jail, cited and released – but charges are not filed in court for over a year after the arrest (yes, this actually happens) your lawyer may ask the court to dismiss the charges based on violation of your right to a speedy trial.

Suppose charges are timely filed after law enforcement has evidence a crime has been committed but the defendant is not immediately arrested or brought to court?  This delay may also give rise to a constitutional speedy trial violation, which can be a grounds for dismissal.  Some of the factors that a Judge will look at to determine if dismissal is justified are

The court will weigh the prejudice from the delay against any justification for the delay.  For example, there may be prejudice because witnesses helpful to the defense are no longer available to testify.  If there is no justification – if the defendant has not fled or evaded law enforcement -then dismissal may be warranted. 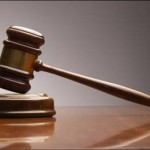 How does this work in the real world?  Here is an example drawn from an actual case.  In 2012 local police, armed with a search warrant, raid a house and seize a large amount of cocaine. Two men in the home are arrested.  A third person, listed on the search warrant, is not present and remains at large.   The District Attorney files felony drug charges against all three persons.  A warrant is issued for the absent person’s arrest. The two men who were arrested appear in court, and after a series of hearings and legal motions over the course of the next year, their case is resolved with a plea deal.   The missing person is never arrested on the warrant, even though he resides at a listed address and has a listed phone number.  No attempts are made by law enforcement to contact him.  In 2015, three years after the raid, as he is boarding a plane for vacation,  the arrest warrant comes up on a background check at the airport and he is arrested.  He is taken to jail and then brought to court.  He tells the Judge that he hadn’t known that there was a criminal case or warrant out for his arrest and that he has been at the same address for the past three years (where he paid taxes, utilities and registered his car).  His attorney argues that his client has been prejudiced by the three year delay and asks for the case to be dismissed, for violation of the defendant’s speedy trial rights.  The Judge grants the motion and dismisses the case!

If you think you might have a speedy-trial argument, whether you’ve already been convicted or are awaiting trial, consult a  criminal lawyer. Only a knowledgeable attorney can advise you of the law and how it applies to your case. Your lawyer can explain whether, if you’re successful in your claim, the government can refile charges. And he or she can explain the pros and cons of “waiving time”—that is, giving up your right to a speedy trial.