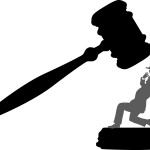 Last week, the California Supreme Court decided unanimously, in the case of People v. Vargas, that two felony strike convictions stemming from a single act against a single victim may not be considered two separate strikes under the California Three Strikes Law.

The decision will overturn a 25-years-to-life sentence meted out to Darlene Vargas, who was convicted of a strike crime, a home burglary.  Ms. Vargas had previously been convicted in 1999 of two different strike crimes (robbery and carjacking) that stemmed from a single act (forcibly taking the victim’s car).

The California Supreme Court ruled that the trial court was required to dismiss one of Ms. Vargas’ two prior strike convictions and sentence her as if she had only one, not two, qualifying strike convictions.  In a ruling written by Justice Kathryn Mickle Werdegar, it found that treating the 1999 priors as separate strikes was inconsistent with the intent of the Three Strikes Law, which was   to provide the harshest punishment only to someone who had previously committed two other serious or violent offenses and had two separate opportunities to reform their conduct, but did not do so.

Justice Werdegar wrote that when it passed Proposition 184 “The voting public would have understood the ‘Three Strikes’ baseball metaphor to mean that a person would have three chances – three swings of the bat if you will – before the harshest penalty could be imposed …  The public also would have understood that no one can be called for two strikes on just one swing.”

This is an important decision, further clarifying and lessening the sometimes draconian impact of the Three Strikes Law. Now, a single criminal act that can technically violate two statutes of the penal code cannot later be used as two strikes. Criminal defendants truly will have three chances before facing mandatory life imprisonment on a third serious or violent felony.