If you have been arrested for a DUI in California you may have heard the term “wet reckless.”  What exactly is a wet reckless and how is it related to a DUI charge?

A wet reckless is a type of plea bargain 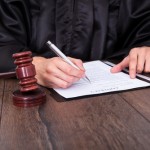 The California wet reckless is unique because it is not a charge for which you can be arrested.  It is a charge that is only offered as a plea bargained settlement in place of a DUI.

What are the advantages to a wet reckless conviction?

An  Ignition Interlock Device is Not Required with a Wet Reckless 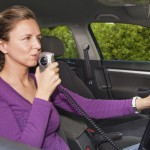 One of of the most significant advantages is that a wet reckless conviction allows a defendant to avoid installing an ignition interlock device (IID).  An Ignition Interlock Device (IID) is a mechanical device, about the size of a cell phone that attaches to your vehicle’s ignition. This system is essentially a “rolling breathalyzer,” installed in your personal vehicle at your expense and by order of the court, Since 2010,  legislation has required anyone who is convicted of a  DUI which occurred  in one  four pilot counties (Alameda, Los Angeles, Sacramento, and Tulare) to install a certified IID on each vehicle that he/she owns or operate. This is one of the most costly and burdensome consequences of a DUI conviction, for persons convicted in one of the four pilot counties.  It is NOT required for a wet reckless conviction.

How do I know whether or not I can get a wet reckless in my case?

A District Attorney will often agree to a wet reckless plea in cases where the blood alcohol level is relatively low, or there are facts which lead the prosecution to believe that they may have a difficult time winning a DUI conviction at trial.  Every DUI case is different, and only by speaking to an experienced DUI attorney can you learn whether this may be an appropriate option in your case.