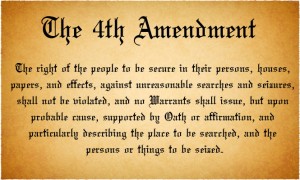 Ignorance of the law is no excuse.  Unless you’re a police officer.

Earlier this month, the U.S. Supreme Court ruled 8-1 in favor of the police in a Fourth Amendment case in which the arresting officer’s “mistake of law” led him to conduct an erroneous traffic stop based on a non-existent legal offense.  In the case of Heien v. North Carolina, police stopped a car for driving with one broken brake light. During the stop, the driver consented to a search of his vehicle, which yielded cocaine in a duffle bag and Heien’s ultimate conviction for attempted drug trafficking.

On appeal, the Supreme Court held that although the somewhat confusing North Carolina vehicle code actually allows a car to be operated with only one working brake light, so that in fact there had been no violation of law that would permit the stop, the officer ‘s mistake about this law was “reasonable” and for that reason the Fourth Amendment right to be secure from unreasonable seizures was not violated.

How does this case change existing interpretation of the Fourth Amendment? For many years, the law has been clear that a traffic stop for a suspected violation of law is a “seizure” of the occupants of the vehicle and therefore must be conducted in accordance with the Fourth Amendment. In the landmark case of Terry v. Ohio, the Court held that even brief stops on the street require at least specific and articulable  “reasonable suspicion,” not just hunches, that the person has committed, is committing, or is about to commit a crime.

The Supreme Court has subsequently made clear that even when police are mistaken about the underlying facts supporting “reasonable suspicion,” their stops do not violate the Constitution if their mistakes of fact are “reasonable.”  For example, if an officer stops a motorist for traveling alone in a high-occupancy vehicle lane, only to discover upon approaching the car that two children are slumped over asleep in the back seat, the officer has made a “reasonable” mistake of fact, leading him to believe that the motorist was violating the legal requirements for driving in the HOV lane.   The officer’s only error was in thinking that a legitimate violation of a verifiable statute had occurred.  Chief Justice John Roberts used this example to illustrate “reasonable mistake” in his majority opinion in Heien.

Yet the Heien decision takes the “reasonableness” doctrine one step further by holding not just mistake of fact but mistake of law can give rise to the reasonable suspicion necessary to uphold a seizure under the Fourth Amendment.  Justice Sonia Sotomayor wrote the lone dissent to the Heien decision. She emphasized that the case did not involve an officer’s reasonable mistake about the facts on the ground— rather, it was a mistake of law made by the police, the very same government officials whose central duty is the proper enforcement of the law.  She noted the majority’s decision departs from existing Fourth Amendment law, in which the “reasonableness inquiry” has “always turned on an officer’s factual conclusions and an officer’s expertise with respect to those factual conclusions” and never hinted at taking into account an officer’s understanding of the law, reasonable or otherwise. In Justice Sotomayor’s words,  “departing from this tradition means further eroding the Fourth Amendment’s protection of civil liberties in a context where that protection has already been worn down.”

How does this affect citizens in the community? In the words of Justice Sotomayor, traffic stops like those at issue can be “annoying, frightening, and perhaps humiliating.”  The North Carolina police stopped Heien on suspicion of committing an offense that never actually existed. “One is left to wonder,” Sotomayor wrote, “why an innocent citizen should be made to shoulder the burden” of such encounters with law enforcement. Sotomayor was right to wonder. If ignorance of the law is no defense for the citizenry, why should ignorance of the law now get to serve as a shield for the police?