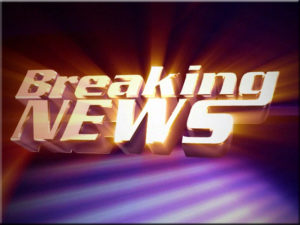 Here are some recent stories in the news related to criminal justice that were somewhat dispiriting.

In June, the Supreme Court issued an opinion in the case of  Utah v. Strieff     which further whittles down our Fourth Amendment right to be free from warrantless searches.  In a five justice majority opinion by Judge Thomas, the Court held that if, during the course of an illegal search of a person, the officer discovers there is an outstanding warrant for the person being searched, then all of the evidence seized in the illegal search is admissible in court.

Sonia Sotomayer’s dissent was brilliant and says it all.  I strongly recommend reading the entire opinion  but here is a part of her dissent:

“The Court today holds that the discovery of a warrant for an unpaid parking ticket will forgive a police officer’s violation of your Fourth Amendment rights ….Do not be soothed by the opinion’s technical language: This case allows the police to stop you on the street, demand your identification, and check it for outstanding traffic warrants—even if you are doing nothing wrong.” 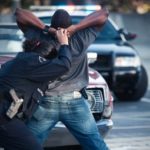 Towards the end of her dissent, Sotomayer eloquently discusses the racial dimension of suspicionless stops and unconstitutional searches, citing the writing of W.E.B. Du Bois, James Baldwin, and Ta-Nehisi Coates.

By the way, if you like memoirs, I highly recommend  Sotomayer’s memoir, “My Beloved World.” As a first generation Puerto Rican who grew up in the Bronx, she has led an interesting life which clearly informs the perspective she takes in many of her opinions.

In July, a few weeks after the Strieff opinion issued, a piece of  investigative reporting related to criminal justice by the New York Times done in collaboration with Pro Publica caught my eye. 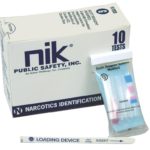 The report showed how the inexpensive “roadside drug test kits” commonly used by police have led to thousands of wrongful convictions.  Although they have been shown to be prone to false positives and high error rates,  police departments throughout the country (and in California) continue to use these tests to make drug arrests after examining alleged “evidence” found on the persons—or often in the cars or homes—of those arrested. In 1978 the Department of Justice determined that these error-ridden tests should not be used for evidentiary purposes.  In most jurisdictions prosecutors are required to obtain more reliable laboratory testing for use at trial.  The problem is that, by the time the lab results come back, many defendants have already chosen to take a quick plea bargain, based on the results of the “presumptive” roadside testing, in order to get out of jail.  The authors of this article estimate that the number of people wrongfully convicted from police and prosecutors’ reliance on these cheap drug tests is in the tens of thousands.

In the county where I mostly practice, defense attorneys are usually provided with lab test results relatively quickly, at least by the time of the defendant’s preliminary hearing.  So it would be unlikely for someone to be held for more than a couple of weeks on a faulty presumptive test.  But of course, a couple of weeks in jail (because of the inability to pay bail) can result in losing a job, housing and other life changing outcomes.