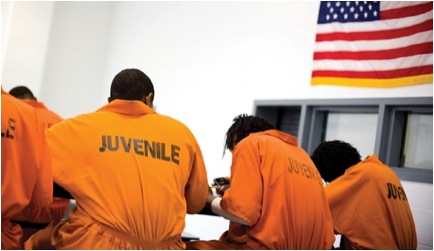 What are Youth Offender Parole Hearings?  During the past decade there have been enormous changes in juvenile sentencing, both across the nation and in the state of California.  Beginning in 2005, the United States Supreme Court issued a series of decisions expressly recognizing that the 8th Amendment’s prohibition on cruel and unusual punishment precludes the government from imposition of its most severe penalties on juvenile offenders “as though they were not children.”   The Supreme Court has ruled that (1) no individual may be executed for an offense committed when he or she was a juvenile (Roper v. Simmons (2005); (2) no juvenile who commits a non-homicide offense may be sentenced to life without parole (“LWOP”) (Graham v. Florida (2010); and (3) no juvenile who commits a homicide offense may be automatically sentenced to LWOP, without consideration of their juvenile status (Miller v. Alabama, (2012).

California was not long to follow.  In 2013 it became the first state to pass new laws giving juvenile offenders facing life terms or their functional equivalent a meaningful opportunity at early parole.  Those laws are SB  260 and SB 261 (Penal Code Sections 3051, 4801).

SB 260 required “Youth Offender Parole Hearings” for inmates who were under 18 at the time of their crime but who had been  tried as adults and sentenced to either life or extremely long sentences in adult prison- those that extend beyond an average life expectancy. These hearings take into consideration the fact that youth are less responsible than adults for their actions; the features of youth (for example, that youth are not as good as adults at understanding the risks and consequences of their actions, resisting impulse and peer pressure, or controlling their surroundings, etc.); and any rehabilitation and increased maturity over time. Depending on their controlling offense they are eligible for parole at 15, 20 or 25 years.

SB 261 (passed in 2015) expanded Youth Offender Parole Hearings to include certain inmates who committed their offense when they were under the age of 23. Some inmates are not eligible for these hearings, including:

Now that inmates who were 18 to 22 years old at the time of their offense are eligible for youth offender parole, fully 10 percent of the state’s current prison population will probably be eligible for a youth offender parole hearing. As stated by an advocate for the Human Rights Watch group, “Thousands of young people have entered California’s prisons believing they would never get out. This law tells them that they have a real chance if they work hard at rehabilitation. Hope is a powerful tool for change.”

Update:  On October 11, 2017, Governor Brown signed AB 1308, which expanded the Youth Offender Parole Hearing process to include persons who committed their offense when they were 25 years or younger.  On the same date, Governor Brown also signed SB 394 which allows juveniles sentenced to life without the possibility of parole to be eligible for a  parole hearing after 25 years.