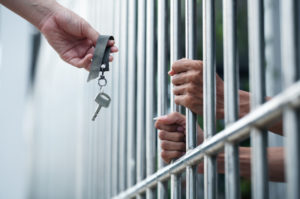 Proposition 57, passed by California voters in November of 2016, will have important implications for both the adult and juvenile criminal justice systems.   Here is a brief summary of the law.

Prop 57 requires a judge, not a prosecutor, to decide whether juveniles should be tried in adult court.   Previously, prosecutors could “direct file” in adult court certain cases involving serious crimes committed by minors .  Now under  Prop 57, prosecutors must file a motion to transfer juvenile cases to adult court and request a hearing for the juvenile court judge to decide whether or not this is appropriate.  At the hearing,  the burden is on the prosecutor to prove that the juvenile ‘s case should be transferred to adult court.

Prop 57 may affect juveniles whose cases were directly filed in adult court prior to the passage of Prop 57 and are pending trial there.  It will depend on whether or not Prop 57 is interpreted by the courts to be retroactive.  In some counties, District Attorney offices have already decided that it is and juveniles with pending adult cases are now being given hearings to determine if their cases should be returned to juvenile court for adjudication.

One of the stated purposes of Prop 57 was to reduce state prison populations.  Previously, under determinate sentencing laws, state prison inmates convicted of felonies were not eligible for parole until they completed the full term of their sentence. With enhancements for factors such as use of firearms or gang involvement and prior “strikes,” these sentences could be much longer than the base sentence for the “primary offense.”   Under Prop 57, prisoners convicted of “nonviolent offenses” are now eligible for parole when the full term for the “primary offense” is completed, exclusive of enhancements, consecutive sentences or alternative sentences.

What does this mean?  How much earlier can an inmate be released?

This depends on the regulations which will be passed by the CDCR to implement Prop 57.  First, remember that only inmates who have committed “non-violent” felonies are affected by Prop 57.  However, there is no definition of “non-violent felony” in the language of Prop 57.  There are other laws that define what is considered a “violent felony”  but this does not necessarily mean that those same definitions will apply to Prop 57.

For example,  “any robbery” is included in a list of violent felonies set out in Penal Code Section 667.5(c).  Suppose an inmate’s conviction is for a robbery where no force or weapon was used and no one was hurt?  Is it a “non-violent felony” for the purpose of Prop 57?  This has not yet been decided by the courts.

What is clear is that under Prop 57 an inmate who has been convicted of a non-violent felony (however that is defined) will be able to apply for parole after completion of the full term for the primary offense.  Here is an example:  Mr. Brown is convicted in 2015 of a felony violation of recklessly evading a police officer (Vehicle Code Section 2800.2) . He has a prior strike and two prior prison convictions.   The Judge imposes the maximum term for evasion, three years.  His sentence, however, is for eight years:  the three years is doubled because he has a prior strike (Penal Code Section 667(e)(1)) and two years are added for the two prison priors (Penal Code Section 667.5(b)). Under Prop 57, Mr. Brown can apply for parole after completion of three years of his sentence, possibly even sooner with credits for good conduct.

In many cases, inmates who were facing lengthy prison sentences based on enhancements and prior convictions now may have an opportunity for early release. If you have questions about this, contact an experienced criminal defense attorney for a free consultation.