If you believe the conventional wisdom, when you are stopped by the police and placed under arrest for driving under the influence, you have already been found guilty.  Why fight the charges when a conviction is inevitable? Because the presumption of innocence still applies and the state has a heavier burden of proof than you might imagine. 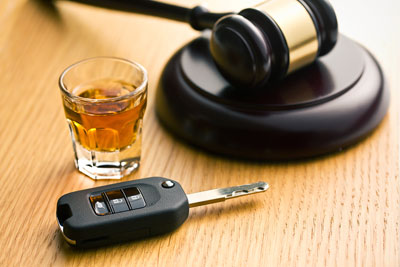 Of course. in the State of California (and nationwide) a DUI conviction is considered a serious offense by the legislature and accordingly it does carry heavy penalties — huge fines, loss of driving privileges, in some counties, the expense and hassle of an ignition interlock device, as well as possible jail time.

First offenders might be inclined to go with the flow.  Taking the license suspension, paying the fine, installing an IID and doing a day or two working for the Sherriff might be the quick way to put this behind you.

On the other hand, maybe when you were stopped you didn’t feel your driving was impaired. Perhaps you felt that the arresting officer neither behaved professionally nor administered the blood alcohol concentration test in a totally competent manner. Perhaps his report of your behavior during the incident seems exaggerated.

And why were you stopped in the first place? Perhaps you feel that you weren’t driving erratically or doing anything to give the officer “probable cause” to stop you and investigate.

Actually, you can fight and defeat a DUI charge, and your rights are the same as anyone accused of any other criminal offense. Following are some issues that can be raised, with the help of a competent attorney:

Your stop was illegal. You cannot be pulled over unless the officer has a reasonable basis to believe you have violated a law. Weaving inside marked lanes is not illegal so long as you don’t cross the marked lines.

You ingested a substance that interfered with the test results. There are plenty of over-the-counter products like cough drops, asthma inhalers, fingernail polish, etc., that can taint chemical test results.

You have medical and health problems or other conditions that can adversely affect the accuracy of the field sobriety or chemical tests.

The officer failed to administer the Breathalyzer test properly. The arresting officer may have failed to follow the manufacturer’s protocols and procedures.

The device itself may have not been properly calibrated or maintained.

Videos at the scene or in the police station booking room reflect your clear speech, alertness and apparent sobriety. The video records could well contradict the arresting officer’s testimony.

The foregoing only scratches the surface of the variety of defenses against a DUI charge. Again, under the law you are presumed innocent until proven guilty. Don’t let the fact that you were stopped and that the officer told you that you failed the field sobriety test intimidate you.

Disclaimer: While every effort has been made to ensure the accuracy of this publication, it is not intended to provide legal advice as individual situations will differ and should be discussed with an expert and/or lawyer. For specific technical or legal advice on the information provided and related topics, please contact the author.